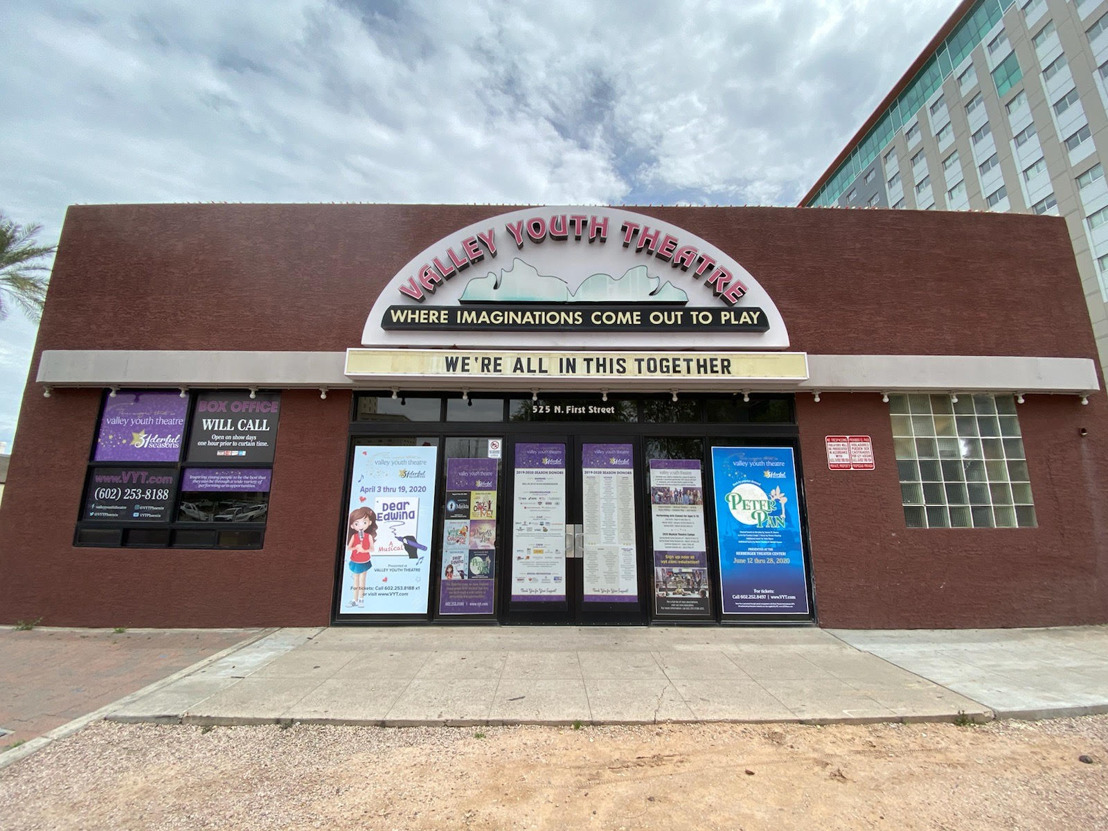 For Phoenix-based Valley Youth Theatre (VYT), the performing arts are about much more than delighting audiences with their Broadway quality productions. “Our mission is to inspire young people to be the best that they can be through a wide variety of performing arts opportunities,” says the theater’s Artistic Director Bobb Cooper. Over the last few decades, he and his team have transformed VYT from a humble operation located in a shopping mall basement to one of the premier youth theaters in the country. They’ve touched the lives of thousands of young actors along the way, including future Academy Award nominees, Broadway actors, and professional recording artists. Now with the help of Sennheiser’s Digital 6000 wireless technology, VYT is ushering in a brand-new era of professional sound that ensures they can continue their tradition of performing arts excellence for years to come.

Raising the Standard
From his earliest days with Valley Youth Theatre (VYT), Cooper recognized that a key part of elevating the company’s work was providing technology befitting their vision. Fortunately for Cooper, one of VYT’s alumni is Jack Karlen of Clearwing Systems Integration. Karlen, who participated in VYT productions as a teenager, has stayed involved with the theater as an adult volunteer over the last 15 years. “It’s my time to get out of the office and play!” he says.” It was during one of Karlen’s volunteer stints that he pointed out to Cooper that some of his wireless transmitters would soon fall out of FCC compliance due to the 600 MHz band transition. “I happened to be glancing at some of the gear in their rack and gave Bobb a heads-up that they would need to address these compliance issues,” he says. “That started the conversation about upgrading the system.”

Looking Ahead
Cooper and Karlen saw an opportunity to design a new wireless system for VYT that would meet the theater’s needs for years to come. After briefly reviewing a range of wireless options, they quickly decided on the Sennheiser Digital 6000 wireless system. “Our standards are very high in the work that we produce and the gear that we use,” says Cooper. “We really liked what the Sennheiser Digital 6000 was offering feature-wise. It checked all the boxes.” Cooper applied for and received a grant from the Virginia G. Piper Charitable Trust that facilitated the new system’s acquisition and Karlen began work on specifying a Digital 6000 system that would match the VYT’s vision.

Room for Everyone
Karlen specified 48 channels of Digital 6000 for VYT, feeling confident that its feature set would accommodate the full range of the company’s productions. “There were some unique parameters we had to consider,” says Karlen. Paramount among those was frequency selection and assignment. “VYT produces six professional-level productions a year—four at their own space and two at the larger Herberger Theater Center. Both VYT’s main space and the Herberger are located right in downtown Phoenix, across the street from convention centers, hotels, stadiums, and the like, so it’s a crowded RF environment. The Digital 6000’s ability to park digital frequencies so close together without any compromise in transmission power or risk of intermodulation is critical.”

Personal Empowerment
VYT’s Digital 6000 system includes 50 SK 6212 bodypacks. “Unlike some other youth theaters, we don’t have kids playing multiple parts in our large-cast shows, so we absolutely utilize all 48 channels of wireless and need enough bodypacks to support that,” says Cooper. At 112 grams, their compact size makes them a comfortable wear for performers of all ages and sizes. 12 hours of battery life and sweat and moisture resistance ensure the SK 6212 can stand up to the rigors of VYT’s productions without falter.

With up to 48 bodypacks in circulation simultaneously, the SK 6212’s rechargeable batteries are an efficient and reliable power solution. “Sometimes they do two shows a day, so we’ve provided them with 96 batteries and a separate charging rack with 12 of Sennheiser’s L 6000 charging stations,” says Karlen. “They’re fast and easy to use. It’s a huge improvement over the mess of double As and various charging units and cables they used to have, and now they’re even able to track individual battery performance via the network.”

Performance Anywhere
While the Digital 6000 is powerful enough to perform in the 730-seat Herberger Theater Center, it is also compact enough to fit into the available rack space at VYT’s smaller 202-seat theater. “There’s really limited rack space at their home space, and I needed to get as much in there as I could,” says Karlen. “Fitting the 24 EM 6000 receivers into only 24 rack spaces left me enough space for the signal and power distribution gear we needed.”

A Place for Wireless Technology in Challenging Times

Karlen has taken full advantage of the EM 6000’s Dante connectivity for powerful and reliable digital transmission to front-of-house. Despite the onset of the pandemic in the U.S. last March, the VYT team has wasted no time in putting its new Digital 6000 into play, says Karlen: “They have been hosting live streaming events using their D6000,” he says. The theater’s 9.5 hour “VYTal Affair-athon” in August of 2020 was done using the D6000 system. Musical performances were pre-recorded in compliance with social distancing and CDC recommendations.” In this recent example, the hosts, storytellers and A/V mixing all happened live.

Karlen adds that to help create revenue and assist the community, VYT partnered with a local video production company, who sourced its facilities and equipment for other live streaming events. While they acknowledge it has been a difficult year, they are eager to begin using the new Sennheiser Digital 6000 system on a more routine basis: “We so look forward to using this amazing system as soon as we are able to produce theater again!”, Cooper says.

Digital 6000: Future Perfect
“A key goal in redesigning VYT’s wireless was specifying a system that would be as future-proof as possible, so Dante integration was key,” Karlen says. “At VYT’s space I’ve got them fully operational with Dante already. The Herberger isn’t set up for Dante just yet, so we’ll utilize the EM 6000s analog outputs there for now. But they’ll be transitioning to Dante soon as well, and VYT will be ready to go.”

Ease of operation was another important consideration in choosing the Digital 6000. “We don’t have a dedicated RF person on staff full time, so we wanted a system that we could get fired up on our own at any time if wanted to,” says Cooper. Or as Karlen puts it: “They needed something that was complex in its capabilities but simple in operation.” The Digital 6000 distinguished itself from the pack again in this regard. “A lot of other manufacturers’ more advanced wireless systems practically require a full-time systems manager,” Karlen says. “The Digital 6000 works right out of the box while providing the performance VYT needs in the very tight RF environment that they operate in.”

The Curtain Opens
The recently-installed Digital 6000 made its debut to the public during the VYT’s 9.5 hour VYTal Affair-athon in August of 2020, but it is the company’s production of High School Musical at the Herberger Theater Center, this summer, that will showcase the full breadth of their Digital 6000 wireless system with a cast of 40 young actors. For Cooper, the crystal clear sound and reliable performance of the Digital 6000 help their productions attain a higher standard than ever before. “There’s an expectation that when you come to see VYT production you’re going to experience something top notch,” he says. “That’s not something you can achieve alone, and Sennheiser and the Digital 6000 are an important piece of the puzzle.”

Cooper also knows that VYT’s world-class wireless does not merely serve their audiences. “When you’re bringing out professional wireless equipment and every child is wearing a Sennheiser bodypack transmitter, it gives them a sense of pride and a sense of security, and that’s right in line with what we’re trying to achieve.”

Karlen, too, feels great pride in knowing he has outfitted VYT with a wireless system that will see them well into the future. “To be able to have 48 channels running that close together without degradation is really key,” Karlen says. “It’s crystal clear, it’s clean, and it’s rock solid.” He is also happy to have given back to an organization that has given so much to him and other local youth. “Bobb has been a great mentor for so many kids in this valley, whether they go into professional theater or take other career paths,” Karlen says. “What they do at VYT is outstanding, and they deserve technology that matches that excellence. With the Digital 6000, they easily have the best RF setup of any youth theater in the country.”

The high-resolution images accompanying this press release can be downloaded here. 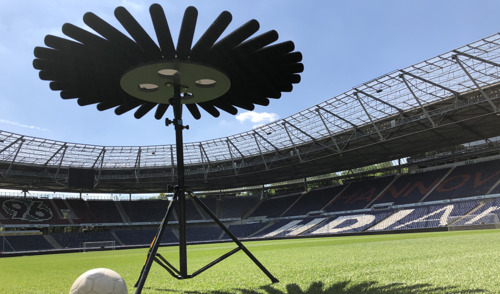 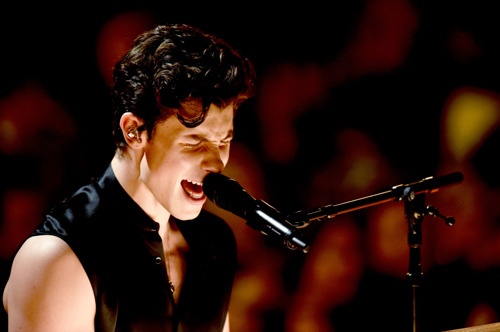